Do not leave your Karma (Duty) in any conditions.

Once there was no rain for continuous three years. It was totally the condition of drought. All human beings including flora and fauna were affected with the severe drought.

Goddess Parvati (Wife of God Shiva) was worried about the drought and decided to visit the drought affected place along with Lord Shiva in disguise. They both became farmers and started surveying the drought area.  The condition was worst; the land was totally dried up and not suitable for farming. There was an acute shortage of food due to drought.

While surveying in a village they were amazed, one farmer was ploughing his field in scorching heat. Both Gods, (who disguised their identities)  were surprised and asked the farmer, “When there is no rain why are you ploughing your field?”  The farmer smiled and replied, “It is not possible for me to make rain because it’s the duty of God Indra and now it is field ploughing season, and I am performing my Karma (duty) of ploughing the field, as its my duty. If I do not perform my duty a situation may arise that I may forget the technique of farming.”

By hearing the reply of the farmer the Goddess Parvati told to God Shiva, this poor farmer is performing his Karma (duty) in this condition of drought, so that he must not forget the farming and I think God Indra has forgotten his duty of making rain but you do not forget to play Damru, please play your Damru so that God Indra may remember his duty and make rain and God Shiva played the Damru and the rain started.

Moral of the story?  We must not forget our Karma in any conditions!

4 thoughts on “Do not Leave your Karma.”

This site uses Akismet to reduce spam. Learn how your comment data is processed.

God is Great.
Our life is divine bliss of God to mankind.
Live the life to its fullest.
Everyday is a better day enjoy.
Be creative, be happy and make someone happy.
God bless us all.

and life smiles because of following

Unauthorized use is strictly prohibited without permission. 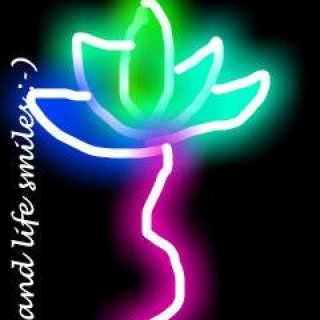 I love reading and writing. I love Family, Friends, Work & God.My thinking is that the whole World is one and Humanity is one Community for the whole World.I think "Life" is a divine bliss of God to Mankind, hence enjoy the Life to its fullest!!!!!